During the visa procedures, we met a very peculiar couple and we ended up spending a lot of time in the city with them. Elham and Khurram met while studying in Tehran. Elham is an Iranian girl who decided to come to the country to live with her now-husband with the idea of, at some point, being able to go to another place where their lives were not limited by a bunch of absurd laws or a moral imposed (a speech that we would, unfortunately, hear very often).

Elham didn’t stop looking at me while I was waiting for Jesper in the visa office and after about 30 minutes she dared to talk to me. Her first sentence was “my helmet is just like yours”. I was immediately surprised, so far I had barely seen any woman, even less one riding a motorcycle and even more strange, one with a helmet (apparently women have some divine immunity that does not require us to wear helmet as we don’t need it, for real, I got told that at some point when asked why I was wearing one). 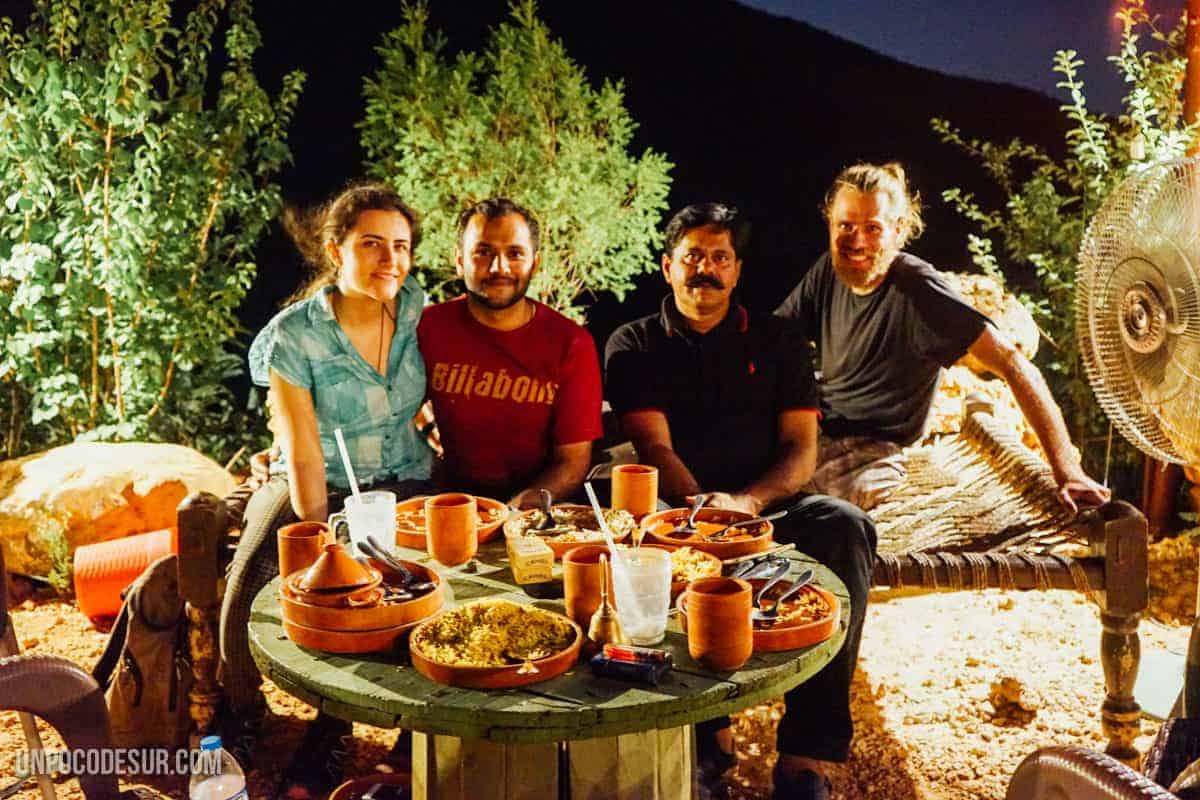 We spoke for a while, she was also waiting and when both of them came out from their offices we decided to stay for dinner with them. As good Pakistanis they did not allow us to move a single finger, they picked us up, invited us to eat and let us enjoy the night on the mountain, they told us about their professions, their countries, their daily struggles, their beliefs and their plans for the future. What a lovely couple, we had so much fun during our stay in Islamabad thanks to them but we finally had to say goodbye with sadness after an intense night to finally depart north.

Luckily we had the chance to explore a small mountain road next to Islamabad when visiting Margalla Hills, we were not really lucky with the weather as the wind was strong and a storm was coming but it helped us to put in practice some of Rao’s tips and get to know better our beast.

If going north, the direct way is to do it via Abbottabad, the city is unfortunately known for being the hide of Osama Bin Laden in the past. It’s actually a pretty fast road but it is not as interesting or as beautiful as it is to do it via Muree crossing mountains and rivers. So we picked the second option.

We left Islamabad late that morning and on the first day of the trip, we only managed to get to a small town called Ayubia after about 5 hours of motorcycle climbing a pretty tiny road. The sky started to get grey and we decided to look for a hotel to rest until the next day. We ended up being stuck a couple of days because that same night a strong storm hit the place and did not stop for about 48 hours straight with 4 cm diameter heil included. It was extremely fun to see the people going out with motorcycle helmets to pick up the ice that was spread through the streets. 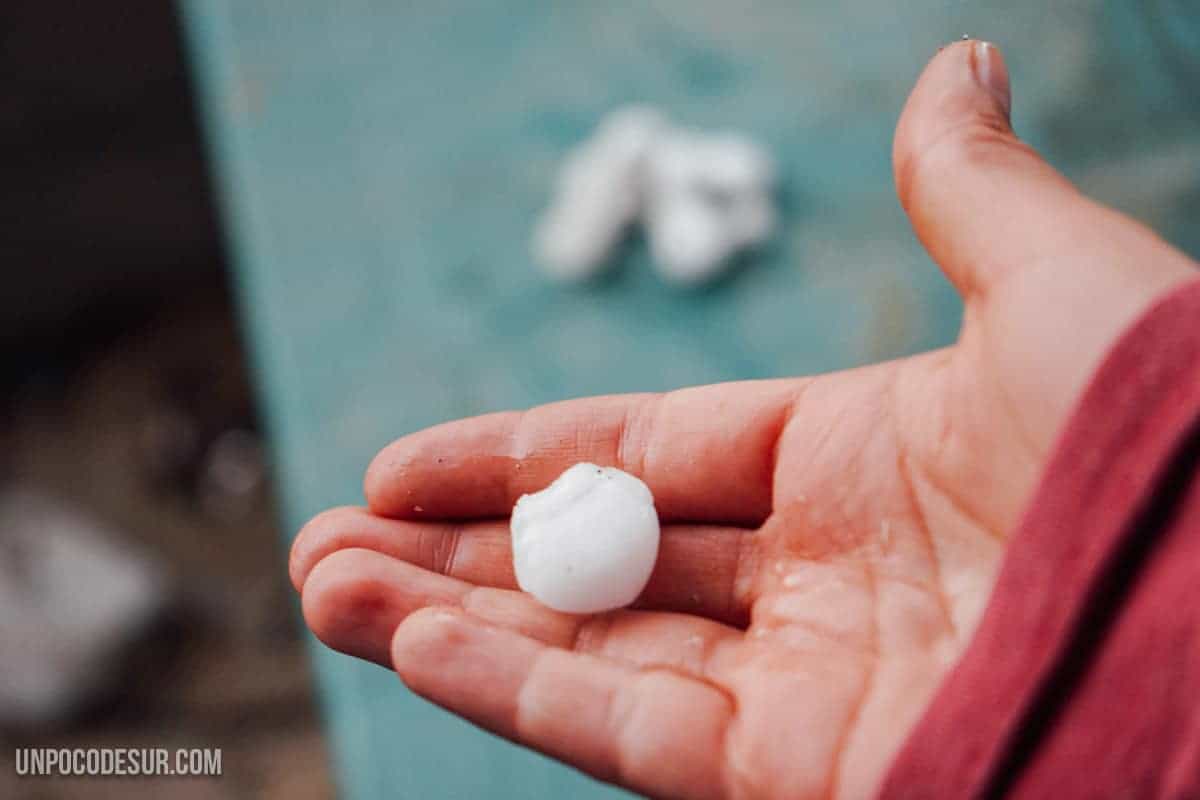 When we were finally able to leave the village we went back to the route even more excited than before. The sunny day accompanied the next ride and the road ups and downs little by little were getting easier. The way that connects Ayubia with Naran is beautiful, some of the roads just began to clear the winter and the more we got closer to Naran the more ice and snow in the area we saw. Glaciers were melting growing rivers and huge flows that covered the road. Soon we learned how normal would be to cross huge puddles, waterfalls and travel miles and kilometres soaked and cold. 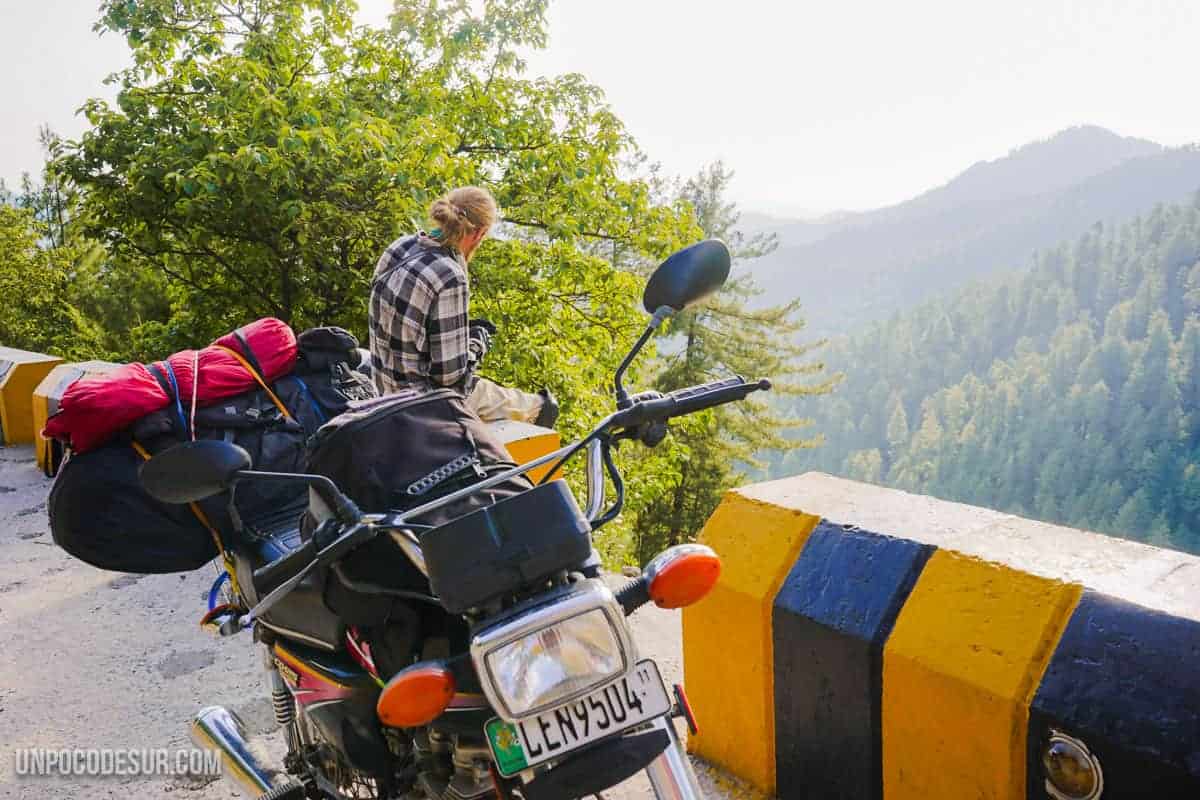 The weather changes in a second the closer we get to the Himalayas, and being honest, the last kilometres of the route to Naran was painful. The frozen water of the waterfalls got us completely soaked in our first frustrating attempts to cross the rivers without getting wet, everyone made it look so easy and we simply did not get it leaving us wet and cold every time. 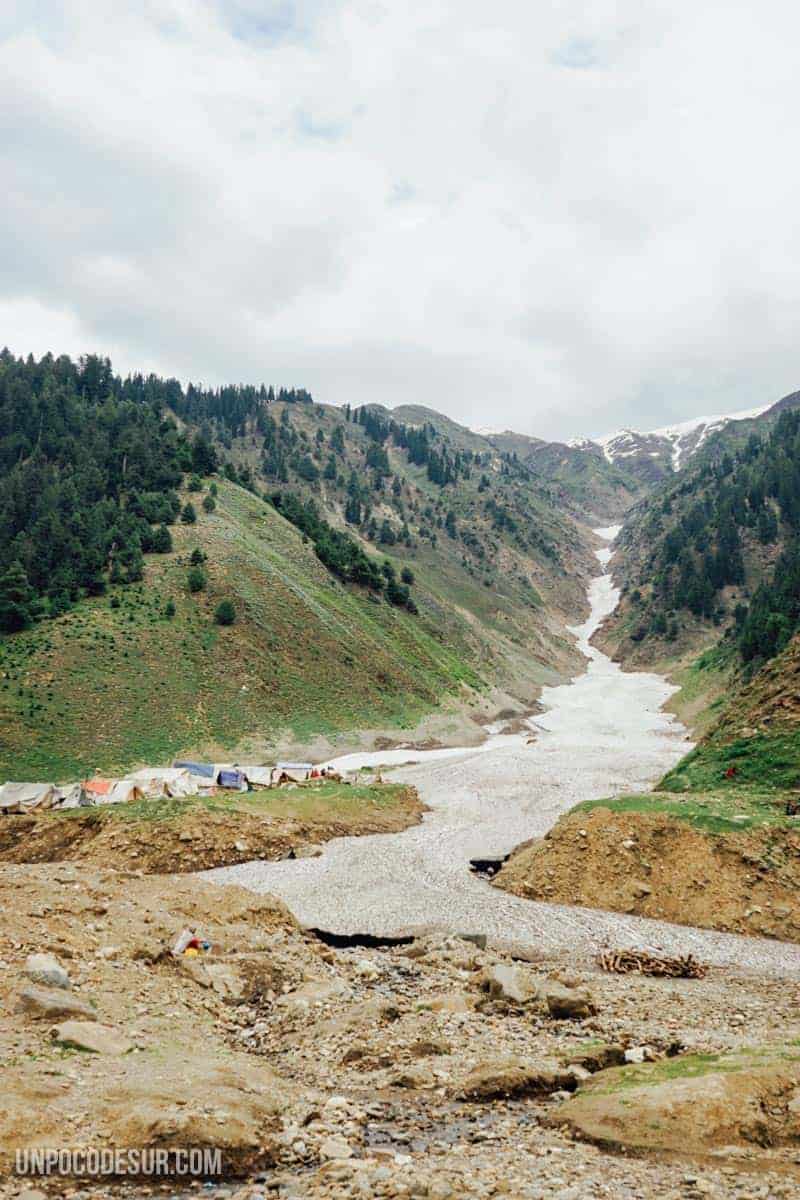 Naran as such has nothing special. It’s a pretty tourist town with enviable surroundings. The local tourism of the country is a great engine in the area so there is no problem when it comes to having services and finding accommodation. However, it looks like it was grown uncontrollably and if maintained at that pace it is possible to endanger the ecosystem that is supporting. 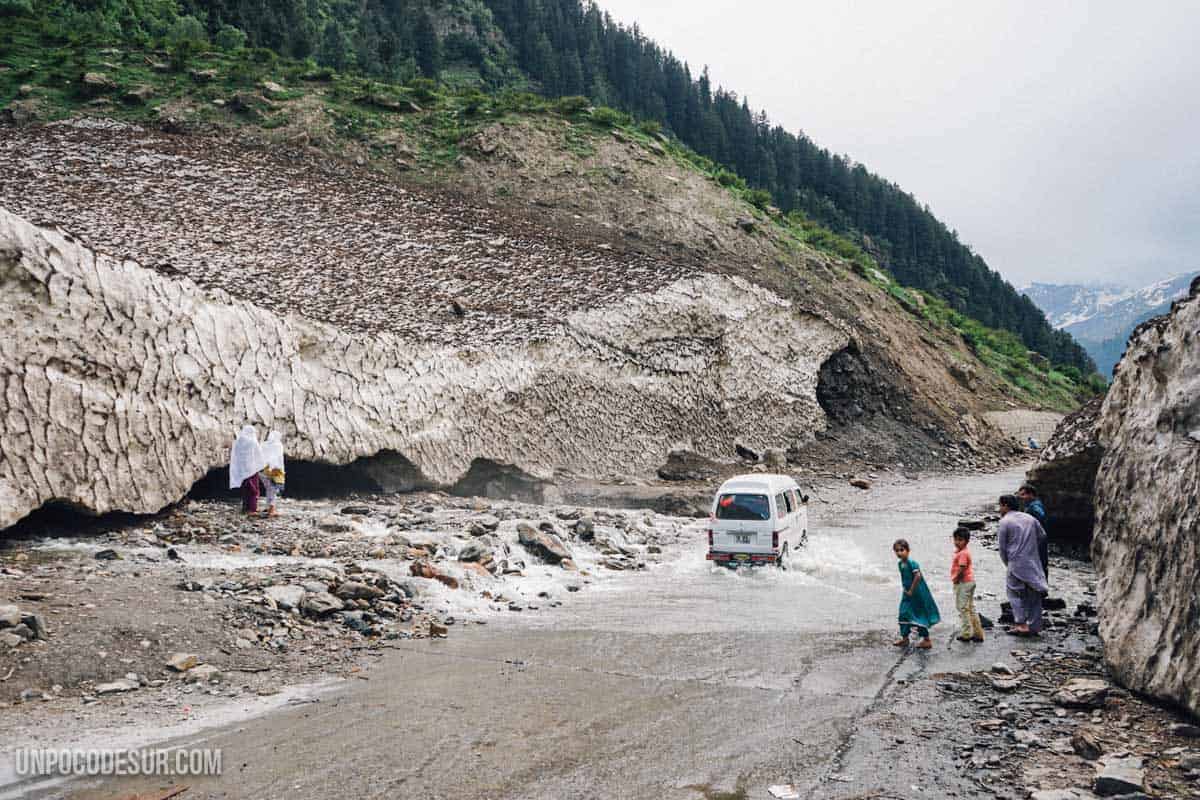 We arrived almost at night, frozen and afraid of what would be our next days since we were heading way more north and it was getting really cold. Our plan for the next day would be to face our first mountain pass: Babusar top. The passage opened just a few days before and according to information from the motorcycle, group was already suited for all kinds of vehicles.

Sigue leyendo en Pakistan on a motorbike, Naran to Gilgit »