We left Karanaq the next day calmly and we went back to hitchhiking, our next destination would be Shiraz, the city that any Iranian will speak about with their wide-open eyes and tell you marvellous things. The distance was long, more than 525 km and some of them in tiny roads, we knew that we could take us more than usual but we did not imagine that it would be finally 2 days travelling until reaching Shiraz. 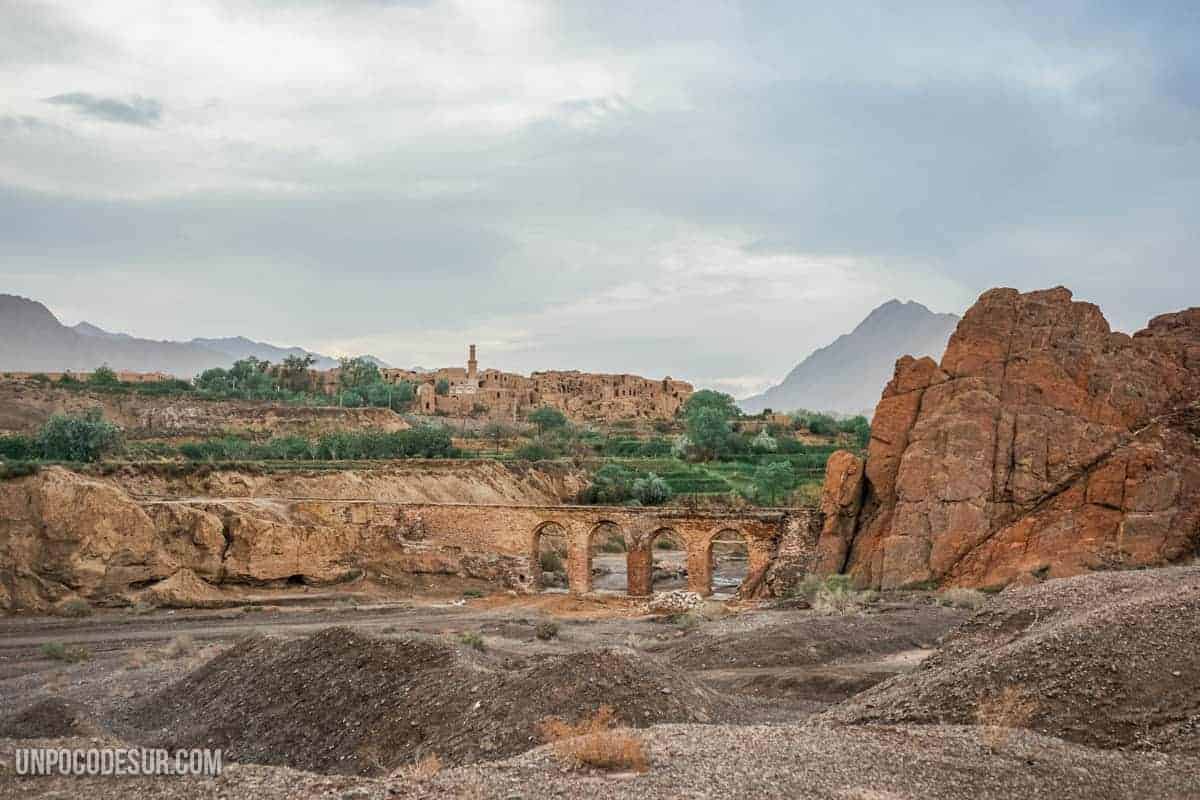 We started out early and we had a lot of luck leaving the village and going back to the main road, but little by little the lifts became shorter and scarce and at some point, standing at an intersection, a battered but adorable orange truck opened its doors, there was Mustafa.

Mustafa still had to load the truck to continue his way, so he asked us if we would care, we obviously did not. We spent more than an hour uploading the truck without knowing exactly where we were going but immediately we realized the speed of our new partner, that orange bug was never going to move at more than 50 km, and that was when it sped. Although we only had about 400 km left to reach Shiraz we realized it would be impossible to do it during that day.

The music, Mustafa’s laughter and the sporadic stops to make us try all kinds of food and snacks accompanied us all the way. With our 10 words in Farsi and its non-existent English, we communicated as we could. The day began to fall and things got confusing, we were not sure if we had managed to communicate our destiny correctly to Mustafa but we were sure night would catch us in the way, so we started looking for places where to sleep or put the tent to the side of the road. What we didn’t understand was that Mustafa already had plans for us from the moment he let us climb us to the truck, he was going to takes us to his home to spend the night and the next day he would follow with his tour to Shiraz.

We arrived at Sa’adat Shahr, his village, we bought some things to cook before getting to his place, the truth is we were being “shown” but it was funny. Seeing Mustafa there was of the most interesting things of the day, a small town where everyone knew him and he was strut to be carrying us. We went through the bakery and the curious were piling up around the truck, the news run fast and by the time we reached the fruit shop we were already greeted from the windows, for 10 minutes we feel as part of the royalty.

Ariving to his place was pretty intense and unexpected, both his mother-in-law and his wife were praying and wearing a chador to cover themselves (the whole body covered besides the face), I felt a little uncomfortable, but against anything I could imagine the firt thing they told me with their hands while they were finishing their prayers and coming back to the living room was to remove my Hijab and in a mix between English, Farsi and signs followed something like “my faith is not yours”. I was more than impressed, a super tens situation turned out as a super warm and welcoming one in tone sentence and at the end of their prayers, they left the chador aside and went to the kitchen, in less than 15 minutes we were all sitting on the carpet enjoying dinner. 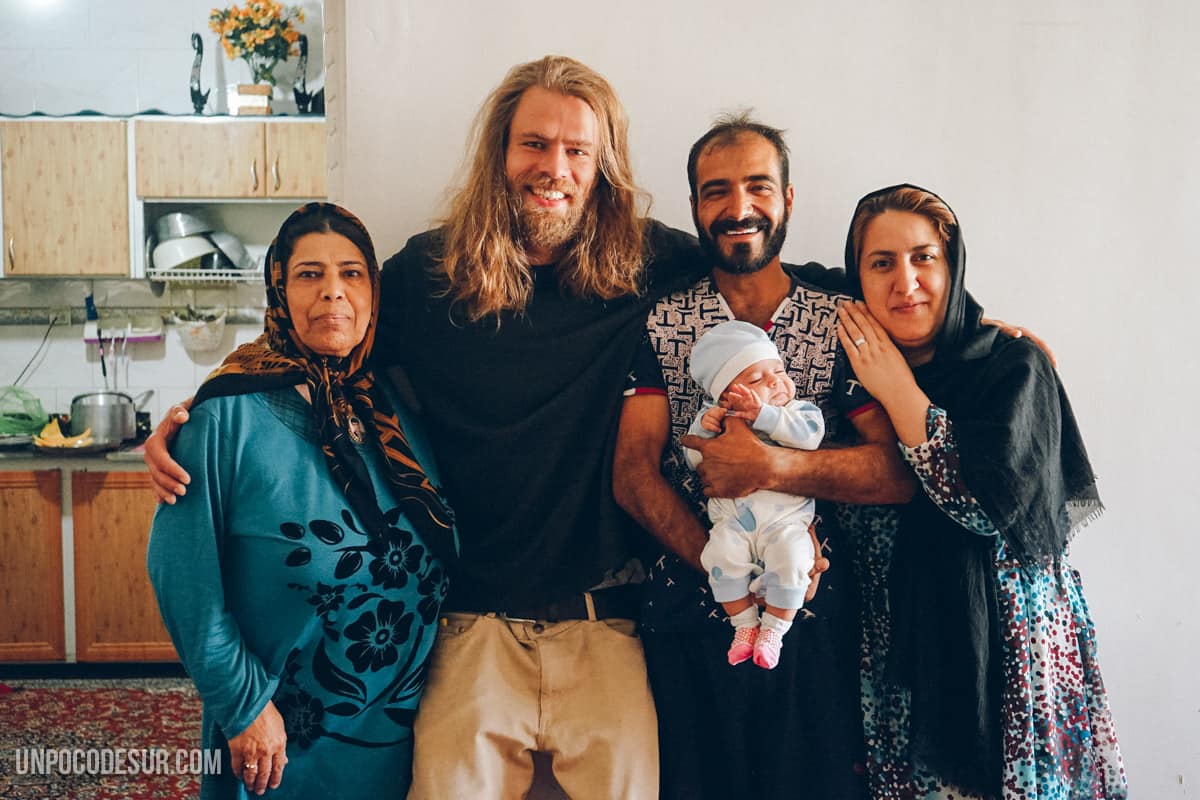 In his house, we also met their newborn girl, and if Mustafa, an already quite charming man was a man turned caramel with that girl in arms. When I thought nothing could surprise us more the mother begins to breastfeed her daughter still sitting on the carpet in front of us. The same woman who just 30 minutes ago was covering her whole body with a chador didn’t seem to have any repair in something that even in our society is still a subject of controversy. I was freaking out.

At the end of the night we slept in the living room, as always with our own insulators on the carpet (important since most people try to give us their beds and we has to strongly deny) and with some blankets borrowed to clam the cold. The next day early in the morning we went back to the truck and in a couple of hours, Mustafa took us to the crossing where the main road leaves to Naqsh-e Rustam y Takht-e Jamshid (the local name of  Persepolis). We gave our farewells with a big hug and we gave him our multi-purpose tool that he seemed to enjoy throughout the journey the day before.

We will never forget that night at Mustafa’s house, as we have been saying since we started moving: the journey is the people.