We arrived in Pakistan and things didn’t work. Nothing went well, we were exhausted after the border crossing by land from Iran and everything seemed to be just problems.

After the eternal 16 hours of train, the wait in Bahawalpur until 3 am, and finally, the bus that would leave us in Lahore (26 hours after starting the trip) we didn’t know if we will leave Pakistan, simply cross the border to India and forget about all the mess.

Trying to feel better I made use of a contact in Lahore that turned out to be our angel Savior on the way. A friend of mine was in Pakistan just a few months before us and gave us his number in case we needed anything. 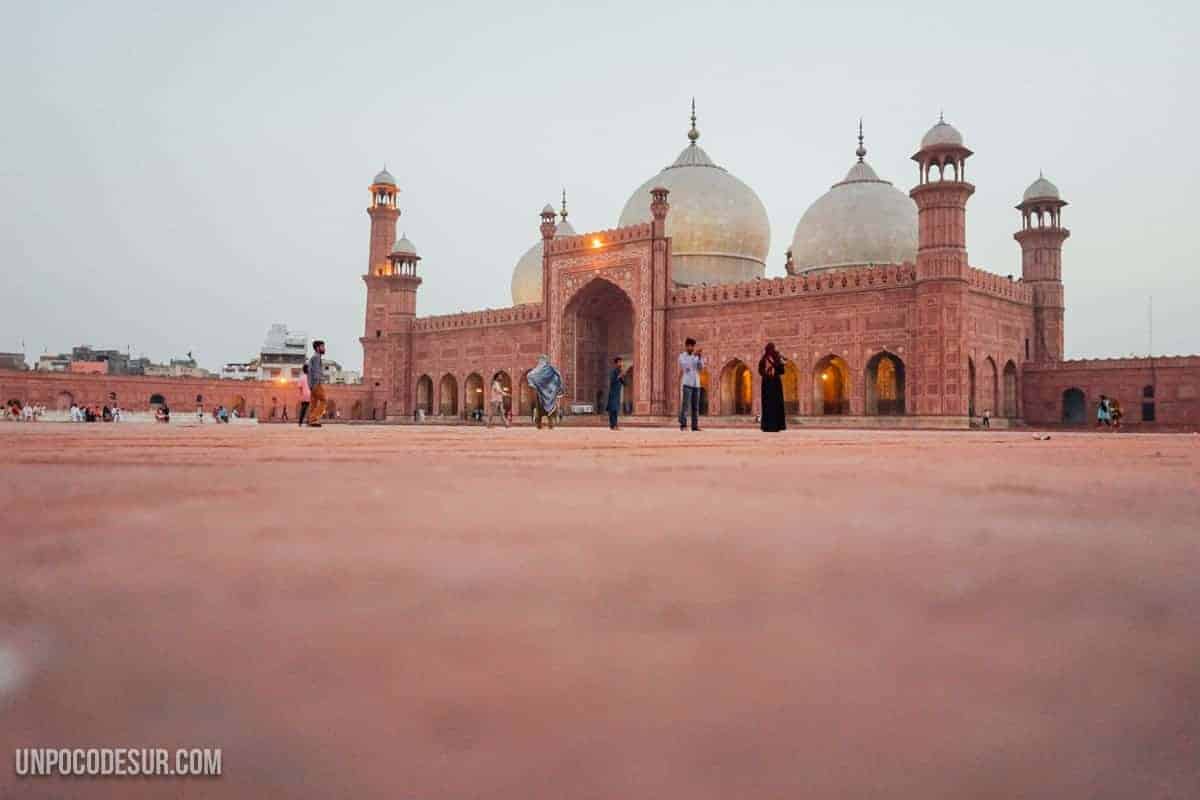 We arrived at the station and there was Rao already waiting for us. It’s important to keep in mind that Rao had no idea who we were or got any message from us until just 6 hours before we got there. He got us in the car and took us to the hostel without a single complaint and a big smile on his face.

During our time in Lahore we stayed at the Lahore backpackers which is one of the only low budget accommodation that hosts foreigners in the city.  There we met Sajaad and separated from Rao for a couple of days while we were getting our energy back. Sajaad is the manager of the hostel and by that time he was going through an important personal crisis, his wife and his children had suffered a pretty heavy accident in a rickshaw just a couple of days ago.

Lahore was just heat, heat everywhere. At the end of May, the temperatures were approaching 47 degrees Celsius on the hostel terrace. We wanted to rest and with the intention of saving some money we stayed in a small room without air conditioning, I don’t know how we survived there more than 10 days. 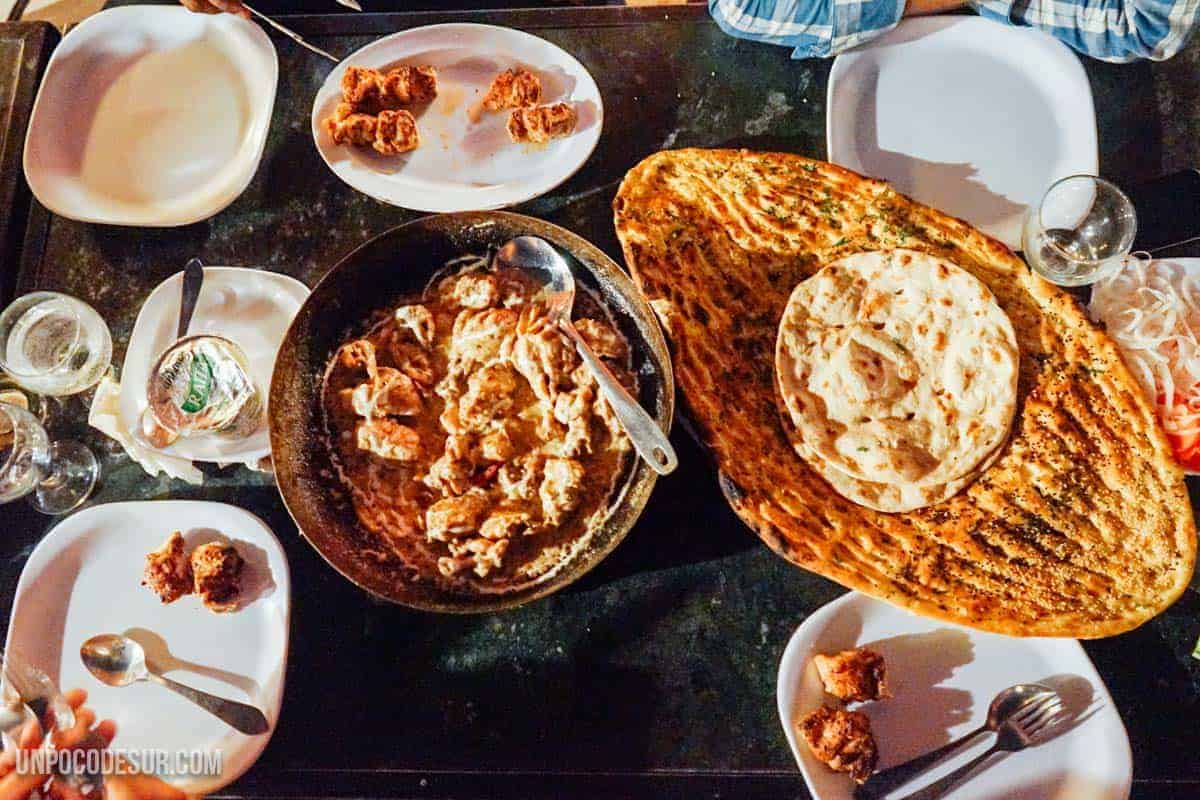 During those 10 days, Jesper also caught a cold that had him at 39 fever (we don’t even know if that was something worse like Dengue since it was pretty bad, to be honest) so as you see it was just not our best time… but the truth is that Lahore, even with all that, was transformed into a bastion of rest just by having made good friends.

During our days in Lahore we rested and hide from the sun, during the nights we enjoyed Rao and his company, thanks to him we also met Muzzammil and his family and with them  there was laughter insured every afternoon, We tried dozens of things for the first time, we travelled the small streets of the old Lahore, we saw ourselves in the middle of a pedestrian jam (all very absurd and bizarre). We had the pleasure of feeling a little bit at home being so far away… 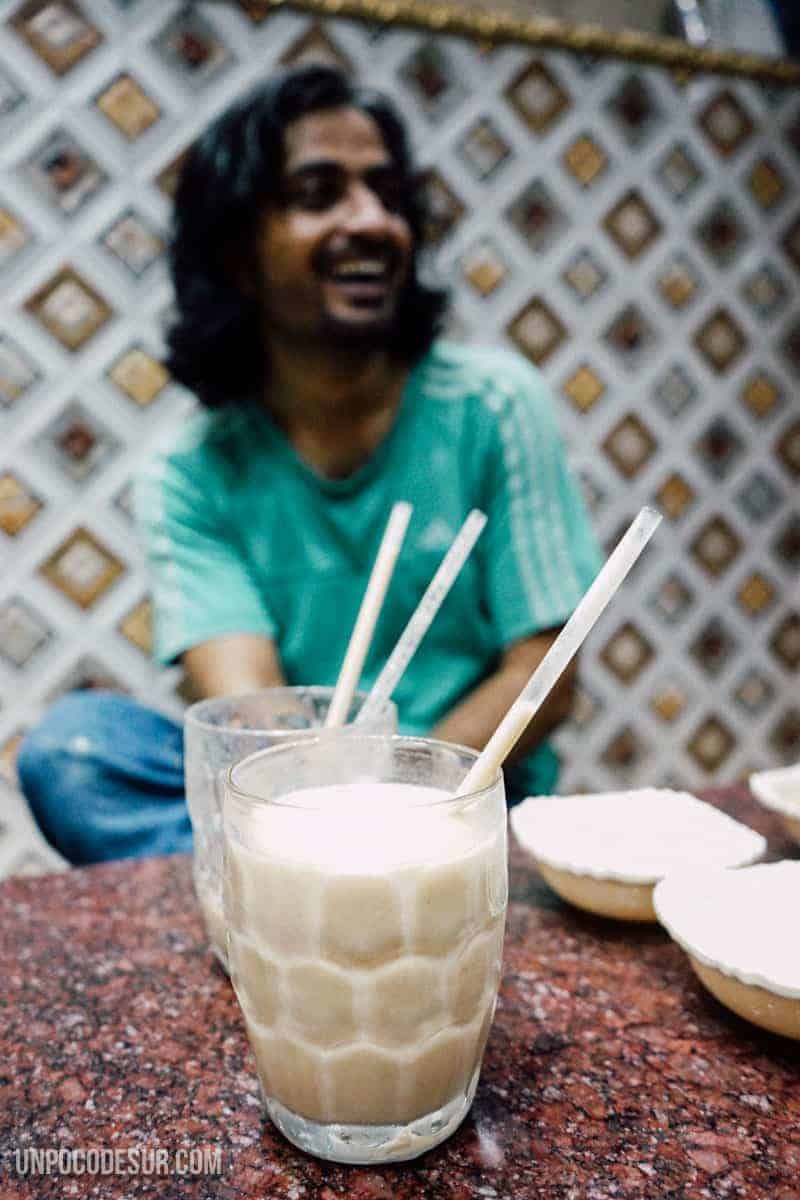 Of all the talks we were most attracted to were the stories of Rao and Muzzammil and their motorcycle adventures. Both are amateur bikers, but real fans, two years ago they decided to set up a new national record and travelled 14.000 km in Pakistan in just one month (without passing through any road twice). That adventure took them to the limit and to every corner of the country, country of which they didn’t stop showing us amazing photographs.

After listening night after night about their adventures we asked ourselves and if it was a good idea to rent a bike and travel Pakistan. For a few hours we thought it was the best idea in the world, then we remembered that neither of us knew how to drive a motorcycle, then we also remembered that we were in Pakistan and at the end of the day we had given up. 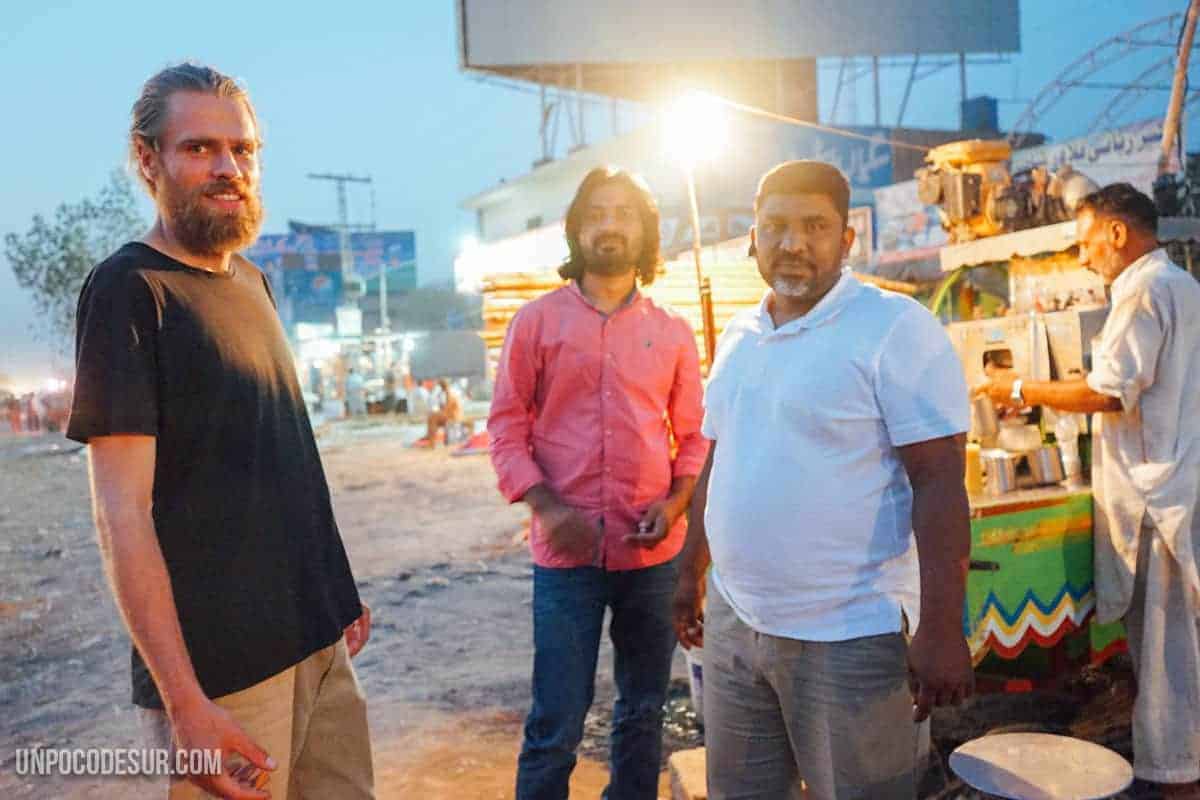 However, the idea jumped back to our heads it the next morning when the boys told us “if you buy a bike you will get it cheaper than so many days of rent” and they encouraged us to continue with the idea of touring the country on a motorcycle in the head… When we told them that we had never driven a bike they thought we were joking and in a rush of stupidity (or courage, I don’t know) we decided to listen to them and go ahead with it.

Rao and Muzzamil helped us with the paperwork so we were not alone, in fact, it was right there where we begin to understand that in Pakistan you are never alone.

We stayed at Lahore backpackers, the first days for 1000 RP, then we moved to a room with air conditioning for 1500 RP. There is another option from 300 RP bed in the bedroom just a street from there. Internet Inn, that yes, much smaller and without much ventilation but suitable for the one who goes without a mango 😉

We arrived in Lahore from Bahawalpur: 920 RP per person.

Sigue leyendo en Guide: How to buy a motorbike in Pakistan as a foreigner »