When we thought about hitchhiking as our main way to move I did not had in my mind the real distance to reach Ushuaia from Buenos Aires, it’s actually funny when you have already started and you realise connecting both cities it’s actually the same as connecting Barcelona with Ankara (Turkey). Basically you will be crossing whole Europe without leaving one single country.

So, after our unexpected adventure I will leave here some thing I would have known before starting this trip.

Let’s start by the basics

If you have ever hitchhiked you now the only thing you need is patience. Appearance always helps -yap, I know, that sucks, but it’s true- you don’t have to look like a business man but at least be clean enough.

Second: As a solo woman, or a pair of women is always easier to get a ride, don’t get angry, it’s also easier to end up on top of the wrong truck with a creepy dude. Best combination is a male-female couple.

Third: cities are crap, we all now that, leaving the cities is a hell, they are in general “more dangerous” (of you need to put your tent a city is not always the best place), less patients, and even if there is tons of traffic they will barely look at you. 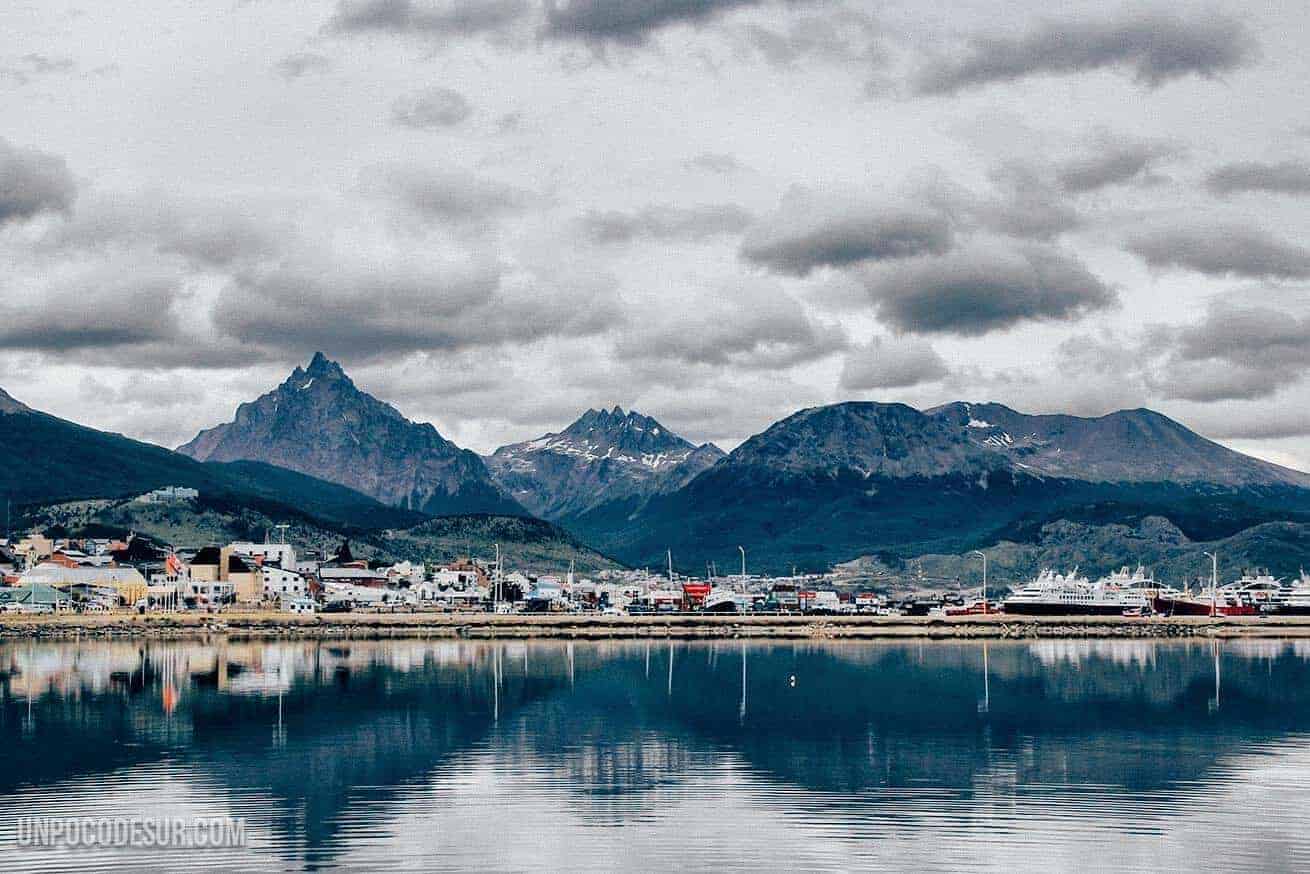 With al this said your first step will be leaving Buenos Aires. A really common scenario is to take the train to Bahia Blanca, is about 100 pesos and you get rid of many miles. The train does not seem to be a paradise and also, arriving to Bahia blanca with 100 other backpackers expecting to get the hell out of there could be horrible. We did not got the train -there where no more tickets left- and reached Bahia blanca on our own, supposedly is a nice spot to catch a long ride…. We spent there the most frustrating 24 hours. Truck drivers don’t want to look at you, the gas station staff hates backpackers and in general the place was pretty hostile.

To leave Buenos Aires we took a bus to Las Flores, it was more or less the same price than the train but way less miles, in any case, it was a good start.

Distances are huge, enormous, but do not despise a short ride, 50 km will help you out and 100 too. If you go there with the idea to get only n long rides you might rethink your inner hitchhiker. You move as much as you can, you sleep wherever you can.

If you are lost or you have the feeling the ride will leave you in the middle of nowhere ask the driver to give you directions, is usually local people and they can give you advice, or tell you whats the best spot to put your tent without being annoyed and always, always carry enough water and food with you. 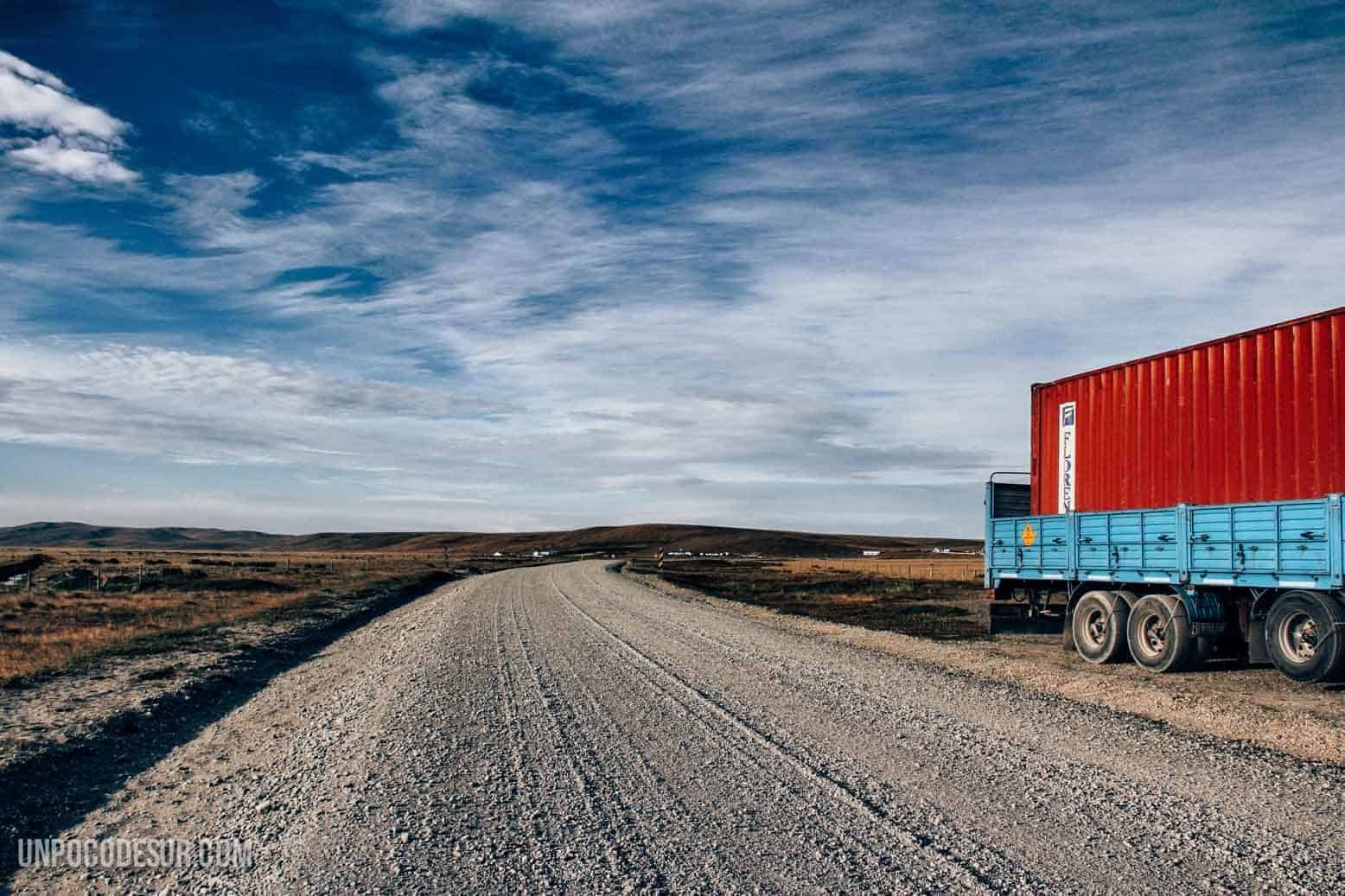 Gas stations are a good place -obviously- basically because people tent to reduce their speed, but don’t get obsessed, any place in the road could be a nice spot, use your common sense, think if there are entries or ways out to towns in front or behind you, go there, it’s always easier to get a ride if the 90% of the people crossing your point will go to the same place you do.

We always carry our kitchen gas with us, is really handy and saved our asses more than once. You can find gas in nearly any gas station -our common stops- and usually campings have BBQ areas. Around South america there are two gas canisters, a long one with less base -looking like a spray can- and a shorter one, more base comes in different sizes. Both of them are easy to find.

Always keep an eye on the weight of your backpack and if you are going to carry food don’t forget about that extra kilos, remember also water, 1L = 1K. Usually we don’t stop to cook since we use any time to get a ride, that’s why is always a good idea to carry some bread and marmalade, That was our breakfast and lunch.

Many times if the ride is long you will eat with the driver, be kind, accept and collaborate cleaning the dishes or something else. 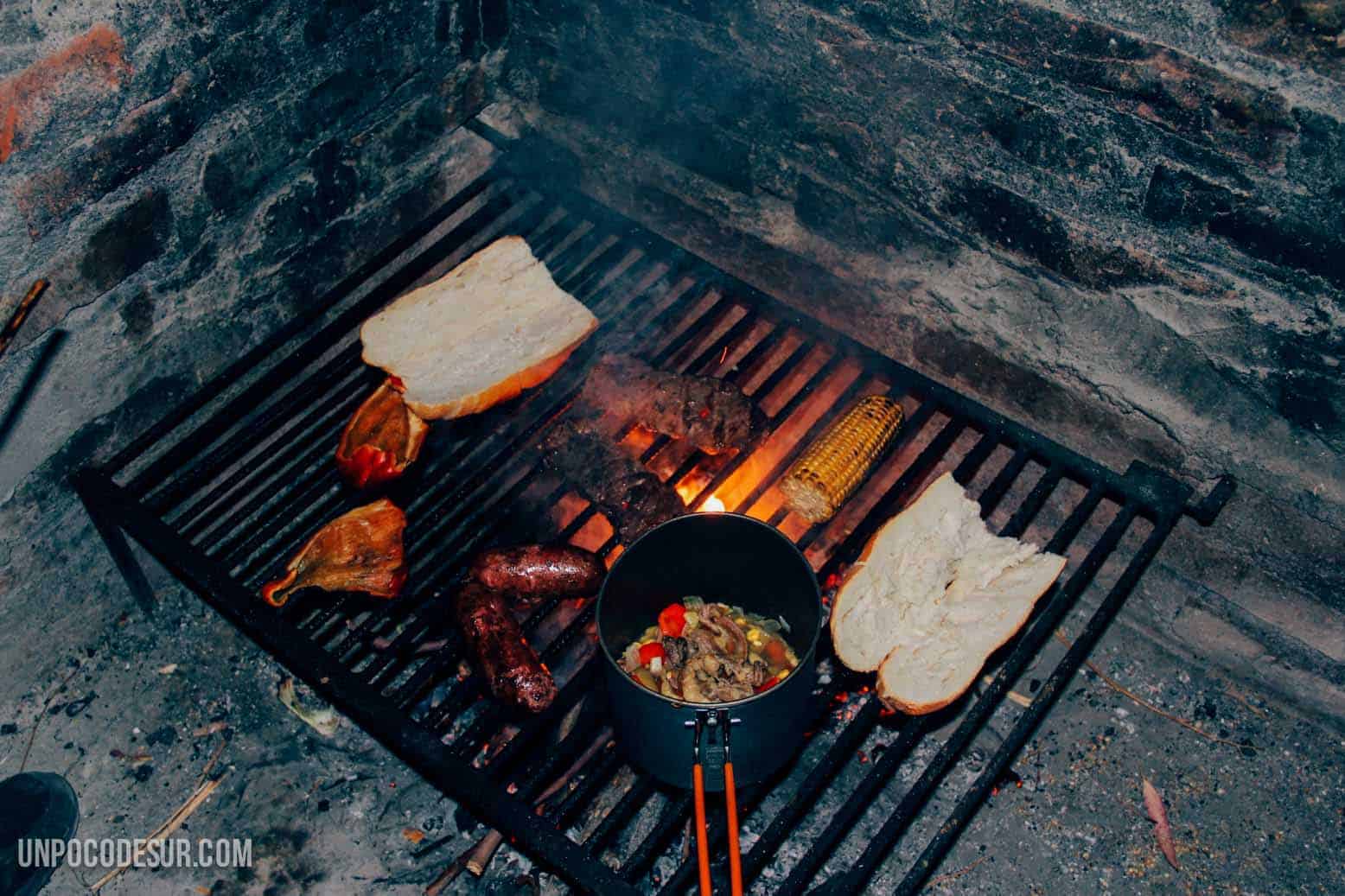 At Las Flores there is a municipal camping, really cheap, we did not payed since we never found the guy to pay it! – Take the city entry, not the road entry, and if you have no idea ask for “La Laguna”

At Tres Arroyos we stayed behind “La gomería” next to the gas station, the owner is a guy called Carlitos, he is really kind and the only thing you need to do is ask if he minds you staying there.

If you can avoid Bahia blanca, it is true that “El Cholo” is the preferred place for a lot a truck drivers to stop and could be also “easier” to get a long ride but also keep in mind a lot of backpackers reach the place and if you arrive at the same time than the train -fully loaded- it will be impossible to leave the place. Be prepared to be with 12 or 14 people more looking for a ride, the people front he station don’t want to see you there and the truck drivers same, both of the long rides we found were not there and actually Bahia blanca is hostile, dirty and hot as hell. If by any chance you need to camp there, there is a place crossing the road, opposite to the gas station, if you are more people camping, even better. 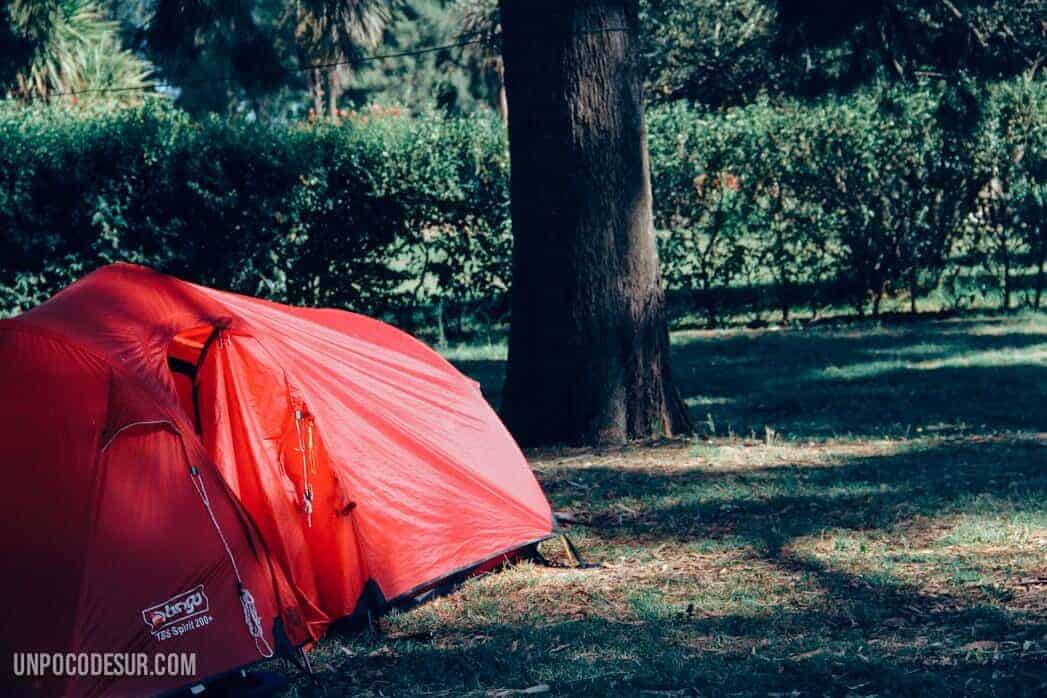 There is a camping in Comodoro: Walk south, there are two different people offering their “gardens”. do not pay more than 40 pesos per person.

You will also find a municipal camping in Ushuaia, is located about 8 km from the city, is free to camp there. A better but payed option -also closer- is to stay at Camping Pista andino. has all the facilities and wi-fi.

If you stay after Bahía blanca, there is a bus passing that route, some of the drivers stop on the way but they will always want some money to put in their pocket.

At small gas stations ask the drivers actively, not just with your sign and always keep in mind a truck driver picks you up so you make also his trip better, they drive tons of hours alone and nearly without sleep so don’t be the bastard arriving to the truck and starting to sleep.

Sometimes is better to start to walk than sitting for hours, little cars usually stop for help. Also try with small distances, if you are going to Ushuaia don’t write Ushuaia or people will think they won’t be helping you. Write the next biggest town on the route.

The route 3 is easy, is juts about moving, if they leave you out of the route 3 always ask how to go back.

There iswi-fi at the Petrobas station at  Comodoro Rivadavia -Km 1820, aprox-.

There is wi-fi at the Puerto San Julián station, if you find a login just use admin as user

if you did the trip and have more information to complete this guide, just leave it in the comments 😉

Good luck on your way!

Sigue leyendo en What do to in Bogotá » 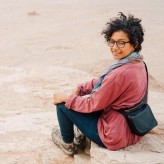