0
Lee el relato anterior en « City guide: What to do and see in Shiraz

We left Shiraz after 3 nights and we spent the night on a night bus direction Bandar Abbas for 400.000 rials per person (VIP).  Once there our intention was taking a boat to get to the Hormuz island. We got off the bus at 7 in the morning but we met a lovely couple on Couchsurfing so we decided to spend the night with them in their house. It was a good first contact with the south of the country, temperatures were unbearable, at 8 in the morning we were already at 38 degrees Celcius and the air was always wet.

We spent the day with both of them talking about repression, about religion and politics, and about Hafez and his poetry. We were taught to write our names in Farsi and expanded our vocabulary. In General, it was a great evening, they gave us a couple of tips for our visit to Hormuz, a hat not to die of sunstroke, a couple of hugs and the next day we left. 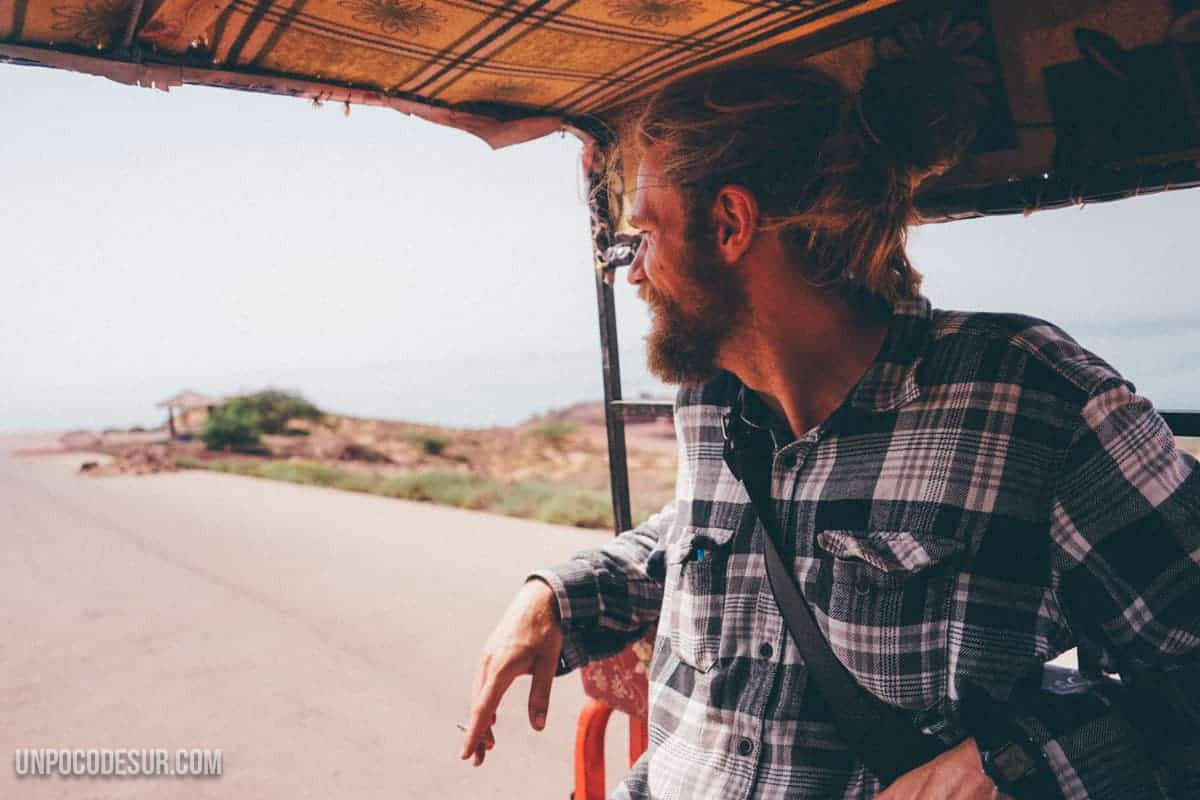 How to get to Hormuz island?

When we were there, by May 2017, the ferry to the island left from the passenger terminal of Bandar Abbas port. There are several daily ferries, from 7:00 am to 8:00 pm approximately every two hours, the ride is just 40 min. We took the first ferry of the day hoping to avoid the sun and if by any chance you come to the island by summer do yourself a favour and do the same.<

Most local tourists come and go in a single day and being an island with very little or almost zero “tourist activity”, it’s complicated to find accommodation in advance. Don’t worry, many locals offer their rooms to rent for very reasonable prices, about 500.000 rials per double room per night, more or less to the same standards as the rest of the country but with a lower level of comfort. 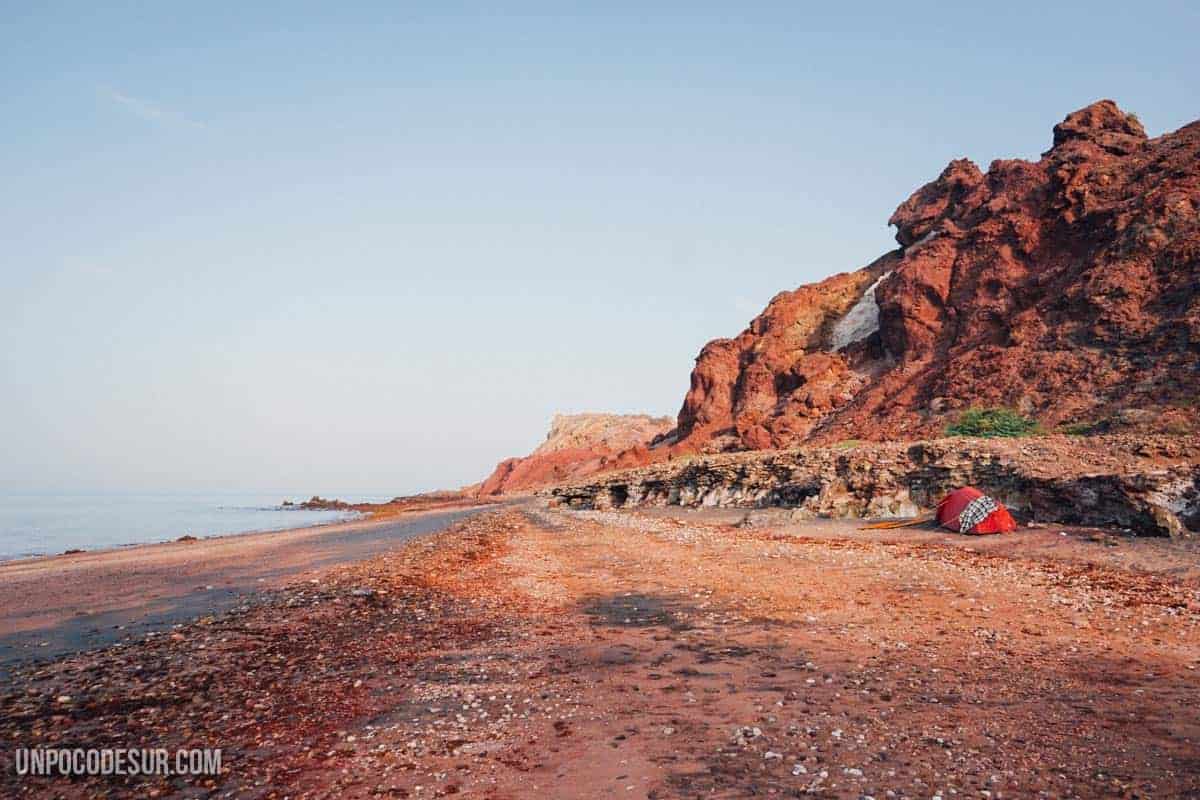 There is a hostel in Hormuz that when we visited we did not know about its existence, it is called Saboora Hostel and offers a bed for 300.000 rials per person. As it was also usual, we were planning to camp on the beach, also one of the reasons for our trip to Hormuz was to enjoy nature. Don’t worry, there’s no problem on camping so far as long as you respect the place, remember to bring back always what you carry with you (your trash doesn’t need to stay anywhere).

How to move around Hormuz?

When we arrived in Hormuz we discovered that it was a special holiday and that during that weekend weddings and other kinds of celebrations were held all over the island. The heat was unbearable from very early in the morning and it was quite obvious in our case. After a few hours of wandering around the city, a man came to us and without saying anything put two dishes of rice in our hands. As it’s common in Iran we denied them, then he told us all the town is invited to eat while the wedding, we included. When we finished we got approached with two extra portions for later.

Shortly after we met Ahmad, a man who invited us to his home after talking on the street for a while, he himself had a rickshaw and would be our transport on the island, well, we didn’t know that just yet, you will see, we are stubborn. 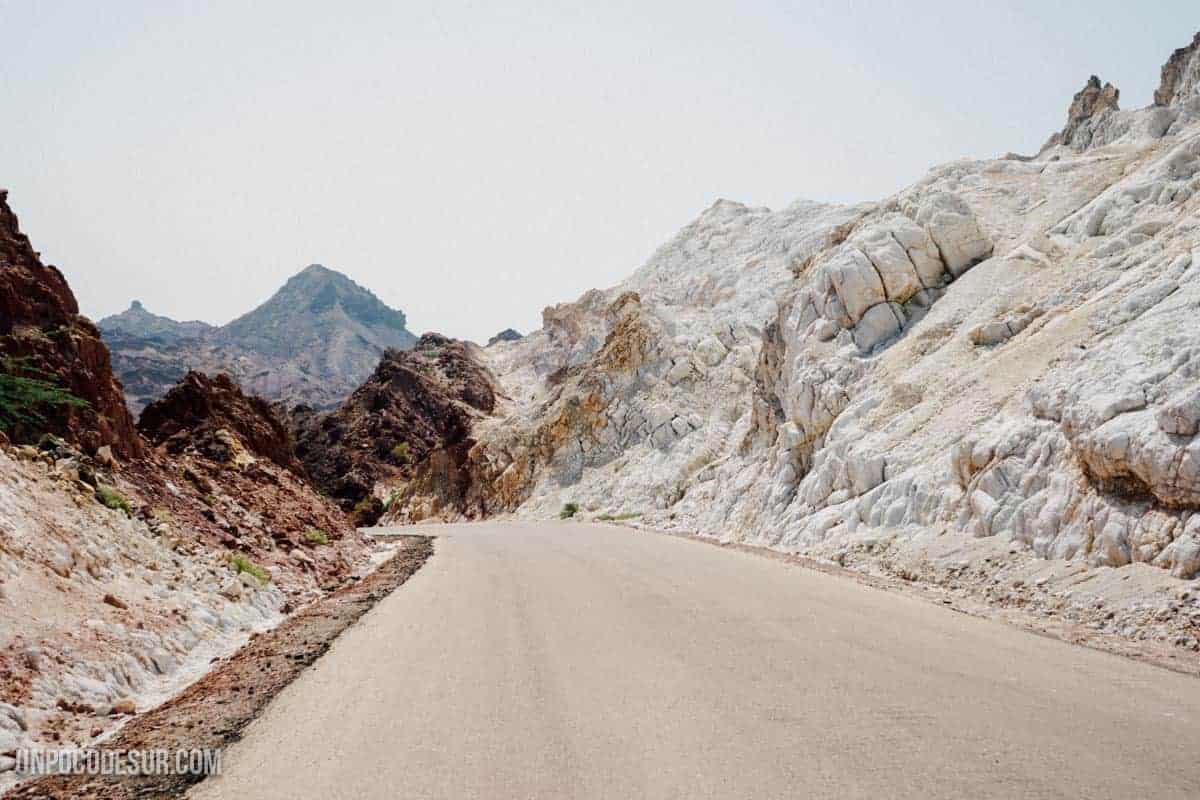 The most common way to tour the island and the one that we got an offer from the start, getting a rickshaw driver for the day to make the full lap, there is enough space for up to 6 people and it’s a great option. Ahmad offered us a price of 200.000 rials per hour.

You can also rent bikes in the port for 70.000 rials during the first hour and then 50.000 the rest of the hours The bikes seemed to be in good condition.

Finally the least option and of course the one we chose, walking it (we do love walking), so after eating with Ahmad, we had a few laughs, tried some homemade alcohol and enjoyed the city at night during the celebrations with Ahmad. There were fireworks everywhere and all stores or establishments had little tables out with music and gave tang and sweets to all those who passed through there. Once we finished, Ahmad took us in his tuk-tuk to the red beach and there we camped. Before he left he gave us his phone number in case we changed our mind. 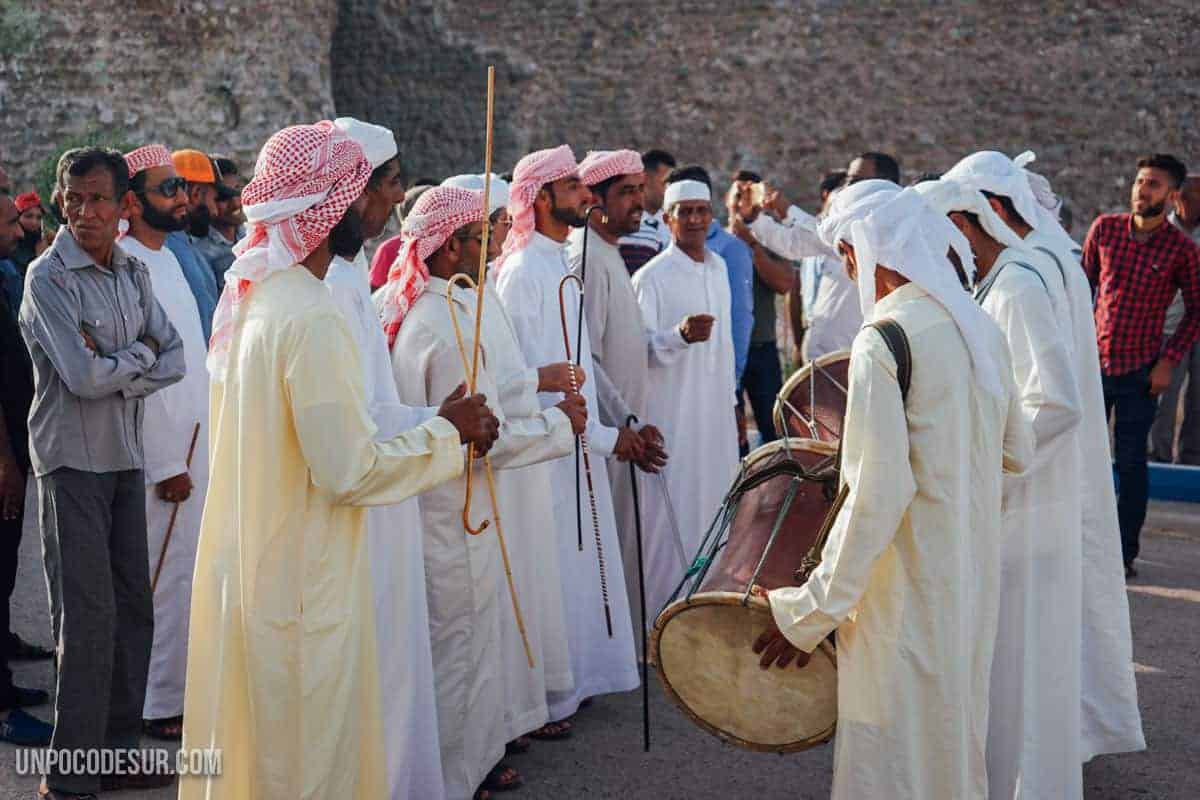 What to see in Hormuz island?

Not to our surprise or anyone with some common sense we changed our mind. At about 10 in the morning of the next day, we called Ahmad to beg for his help because the sun was so strong that it was impossible to move and there was not a single shadow to be safe anywhere in the island. So please, forget about walking during summer. 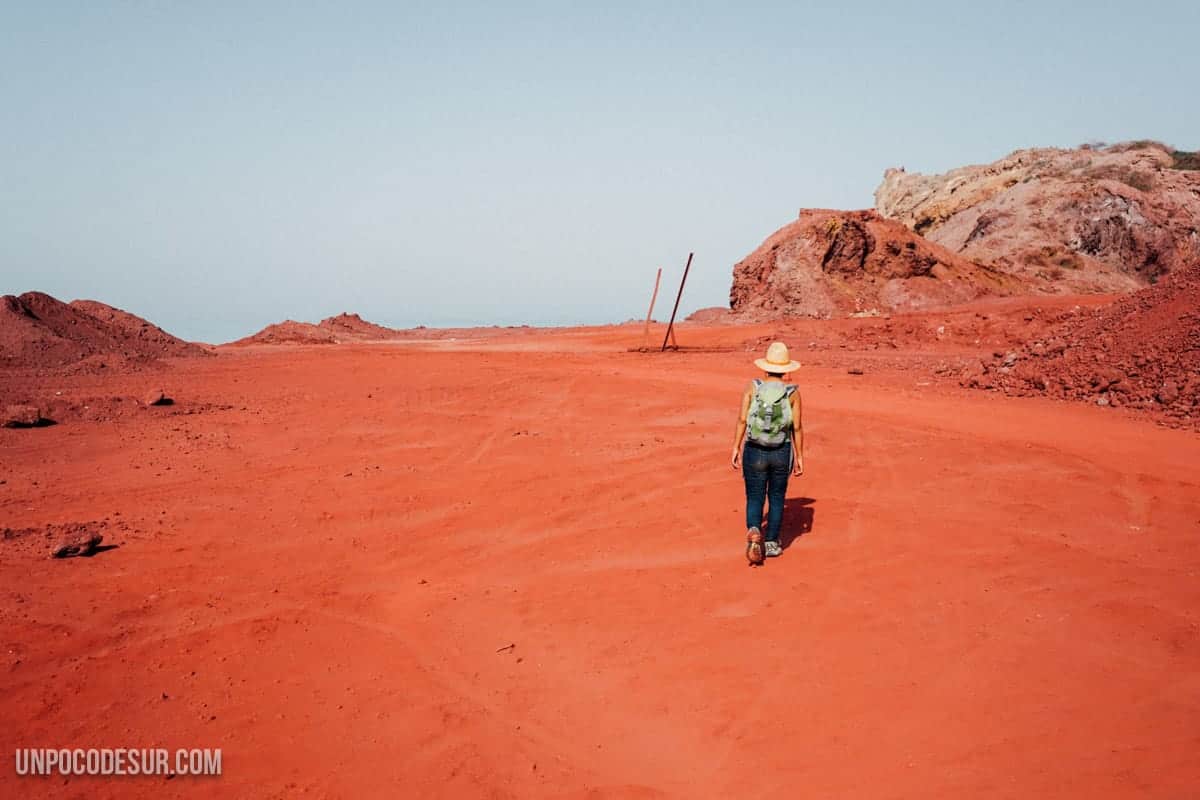 Ahmad appeared after about 20 minutes with a winner’s smile on his face and took us through every corner of the place. There is only one road on the island and is a full circle, from there small entries to the most visited places.

Since we really didn’t find much information we decided to make a small map with what we remember. Unfortunately, our book suffered a flood in Crete some months after that trip and the map had a rough night, so we had issues to remember all the places we saw. We have made an online version (long live the technology) to illustrate this post with everything we had in our head.

To go around the island on a tuk tuk will take you about 2-4 hours, depending on the time you stop in every spot.

In general, the landscape is like taken from Mars, the colours are amazing and transport you to another planet. No doubt a place we loved and it’s worth your time plus having the chance to having the place totally for yourself.

Some small advice for Hormuz Island

Sigue leyendo en Kerman and the Lut desert, the hottest place on earth »